Jasper Johns and his paintings 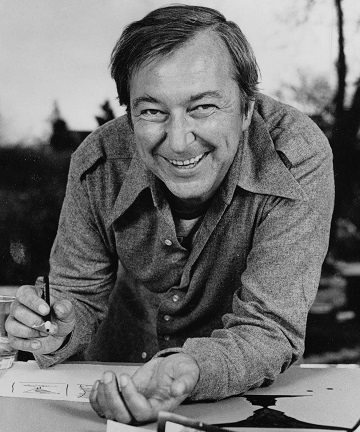 Jasper Johns was an artist that came onto the scene in the 1950s. Much of the work that he created led the American public away from the expressionism form, and towards an art movement or form known as the concrete. He would depict many flags and maps, and this created a more distinct style with the work that was being done during this period in American art history. He was also one of the leading forces to the pop form known as minimalism; even to this day, many of the pieces that are sold at auction, bring in extremely high price tags, and sell for record amounts.

Jasper Johns was born in Augusta, GA, and raised in Adelade, SC. From an early age, he grew up wanting to be an artist. Before moving to New York in the early 1950s, he studied for a brief period at the University of South Carolina. Upon moving to New York, Jasper Johns met artists, which led him down the road of wanting to work in this career field even more. John Cage (composer) and Merce Cunningham (choreographer), and Robert Rauschenburg (painter), were some of the early influences he met in New York. A visit to Pennsylvania, to view "The Large Glass" (by Marcel Dunchamp), created an intrigue in his work for Johns. Dunchamp had changed the art world with the "readymades"( a series of found objects, painted as finished works). His distinct work and style played a role in Jasper Johns's interest in art, and the style he would eventually follow.

As the art world was searching for new ideas, outside the purely abstract style, the early paintings of maps and flags which Jasper Johns created, took in both praise and ridicule by certain critics in the art world. The early works he created, had a sense of craft work, and a small expression of the extra-ordinary and absurd. The process to create the images, were the meanings were found. Much of the work Jasper Johns created, was extremely new to the museum goers and art lovers, as the simple form of designing flags, and large numbers in print, was something which was never seen before. The distinct style, and the simplicity behind it, eventually captured the interest of museum goers.

In 1958, Leo Castelli visited the museum of Rauscenburg, and this was the first time he had seen any of the work created by Jasper Johns. He was impressed with the creativity, and simplicity behind the work, and offered the 28 year old, a spot for his own exhibit, upon first viewing the pieces which Jasper Johns had created. During the first exhibition, the Museum of Modern Art purchased three of the pieces that were on display, which proved that the simple format, and style, were going to make Jasper Johns a force in the art world. Nearly 30 years after this date, some of the pieces that Johns had created, were sold for a higher price tag than ever, for a living artist's work.

Due to the fact that he focused more on the process (which he believed to be the actual art), Jasper Johns made a transition over to print making; he would often make counterparts to the art pieces he had created, in a print form. Working in print making, Johns had the ability to experiment, and it also gave him the ability to delve into new endeavors, and to work with the different art forms which he admired so much. The innovations which he found in screen printing, lithography, and etching, would completely revolutionize this field of art, and would create a career that would hold a number of pieces which the art world admired.

As Jasper Johns was continuing with work in flags and map design, he also decided to introduce some of the ideas that he had for sculpture, into the works he had crafted while painting. Much of the early sculptures he had created, included everyday items that could be found around the home. Such items included beer cans, light bulbs, and paint brushes; and, with these simple pieces, he would eventually create a collage with the individual sculptures that had been created.

Collaboration was also something that Jasper Johns engaged in during this period of time, and it would serve to help further his career, and the pieces that he created at a later time in his career. He would collaborate with a number of artists, and big names in the art world. Some of the people Jasper Johns regularly collaborated with included: Andy Warhol, Robert Morris, and Bruce Naumann. In 1967, he met Frank O'Hara (author), and was invited to do the illustrations and art work for the book (In Memory of My Feelings).

In the 1970s, Jasper Johns met with another author, Samuel Beckett, who requested that he would design the art work for his written piece, Fizzles. This was the beginning of a change in the work that Johns would create during this time period, which showcased a more monotone, and simple art form that he was working on.

During this decade, the work which Jasper Johns would create, would take another turn, and transition over to a new style. Autobiographical paintings were some that Johns created during this period; this went against the statement he had made earlier on in his career, which he described he did not paint with emotion. For those who had followed his career, the work created during this period, seemed to be a betrayal of his earlier works, and the style which his fans had come to adore for so long.

Together with Rauschenberg and several Abstract Expressionist painters of the previous generation, Jackson Pollock, Willem de Kooning, and Mark Rothko, Johns is one of most significant and influential American painters of the twentieth century. He also ranks with Durer, Rembrandt, Francisco Goya, Edvard Munch, and Picasso as one of the greatest printmakers of any era. In addition, he makes many drawings - unique works on paper, usually based on a painting he has previously painted - and he has created an unusual body of sculptural objects.

To be an artist you have to give up everything, including the desire to be a good artist.”
-Jasper Johns

Over this 50 year career, Jasper Johns created his own distinct style, and a vast series of pieces. Not only were they ahead of their time, he led artists to a new transition of work as well. And, to this day, his works were sold for some of the highest price tags in the art world, especially as a living artist.